A thuismitheoirí
You are cordially invited to attend the Open Day for Gaelscoil/ Naíscoil Éanna on Saturday 30th November 2013 between the hours of 12 – 2pm.

Parents, children, family members and friends are more than welcome to come along, meet the staff and view the nursery and the school buildings to gain an insight into the educational provision for nursery and primary school age children at the only Irish medium facility in Newtownabbey.

We hope to see you there. Bígí Linn!! 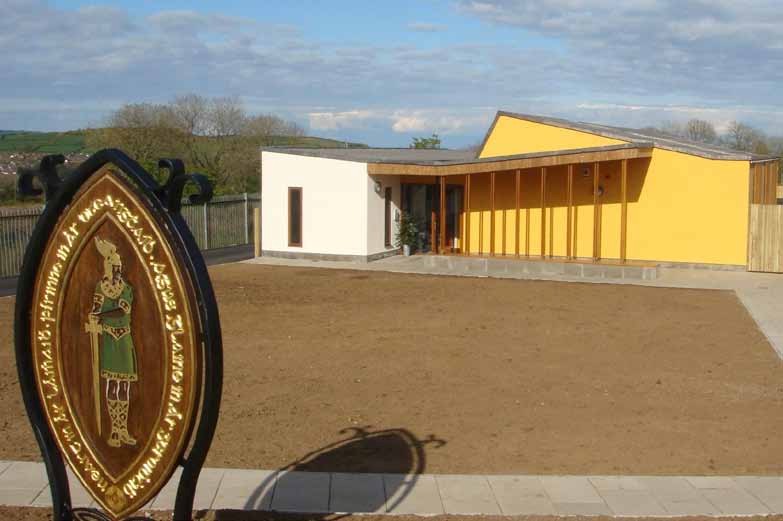 Background Information
Naíscoil and Gaelscoil Éanna are housed within the grounds of Naomh Éanna CLG on the Hightown Road in Glengormley.  Both schools nestle amid the panoramic surroundings of north Antrim – aptly described  as ‘urban amenities in a rural setting.’  This unique and natural setting, for an educational facility, is a  feature greatly favoured by the pupils and parents alike.

Naíscoil Éanna is a preschool nursery which was established in 2003.  It first opened its doors in September 2004 with an initial class size of seven pupils.  Since its inception, the nursery has steadily grown in terms of numbers and popularity and now boasts a maximum roll of 26 children in each the morning and afternoon sessions

Gaelscoil Éanna is the only Irish  medium primary school in Newtownabbey and was formally opened by the Minister for Education,Catriona Ruane in 2007.  It currently houses 5 year groups – Primary 1 to 5 with a teaching staff of five qualified teachers and 3 classroom assistants.

Under the guidance of the Teacher in Charge, Maighréad Ní Chonghaile, and a very pro-active Board of Governors, the school has high hopes for its long term future in terms of pupil enrolment, overall school development and on site facilities.   It is anticipated that contractors will be on site on 1st November 2011 and the entire school community await in excitement the completion of a new school build which is set to be ready March/April 2012. Such is the success of recruitment initiatives, word of mouth support and parental endorsements, both the Naíscoil and Gaelscoil are hopeful of exceeding their enrolment targets for the academic year commencing 2012.

Indeed, Maighréad, affirms ‘the fact that we are established and with numbers growing so rapidly is an achievement in itself.  We are delighted with the extent of growth so far in all aspects of the school’s development.  Our aim is to provide the highest standard of education possible for our children – a visit as recent as last week (21/10/11) from DE Inspectorate confirmed that we are making great strides along the road to doing so. The Inspectorate were very happy with practices and procedures within school and with the standards of teaching and learning.

We also, within our role as educators, within the borough of Newtownabbey aim to instill a passion for the Irish language amongst our children and their families and to cement and build upon our commitment to the promotion of cultural diversity among the future generation.’

Both the  Naíscoil and Gaelscoil benefit from the daily use of the school minibus to transport children between home and school where needs be, this is a very helpful provision for families who are geographically a little further from the school, living in Ligoneil, Whitewell and such. A Breakfast Club is open to all children from 8am every morning and After-Schools activities range from Environment Club, Cookery Club, Sports Club, ICT Club through to Music, Dance and Drama to name but a few. The recent establishment of an Irish Medium Youth Club which is facilitated onsite a few nights a week also compliments the school provision – in all it can be said that both Naíscoil and Gaelscoil Éanna have many strengths to build on!!!!!!!

Any one wishing to attend the open day or to enquire further about any of the above is asked to contact Maighréad at the Gaelscoil on 028 90 830088 or at mnichonghaile938@c2kni.net